Qi Men Strategy Masterclass is the secret art of understanding hourly Qi Men chart and learn how to charge energy to achieve the outcome one intended.

Enroll in Course
off original price!

The coupon code you entered is expired or invalid, but the course is still available! 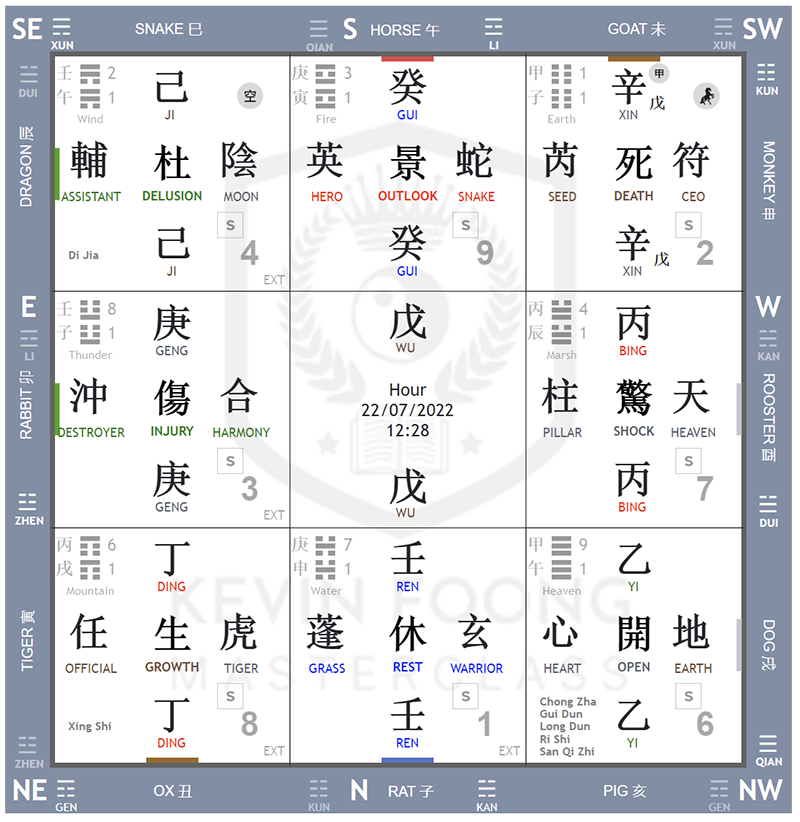 Qi Men Strategy Masterclass is designed to understand in every 2 hourly Qi Men, we get to understand how to perform energy charging to get the outcome that we want. Understanding the current time space energy, we get to use it for these application below. You can additional leverage of the universe energy supporting you which allows you to bend reality to your benefits.

Advantage of Qi Men Strategy for:

Qi Men Dun Jia奇門遁甲 is an ancient system that is restricted for use by the Emperor and its imperial astrology advisers. The key strength of Qi Men Dun Jia is to analyse the energy of the current space and time. By placing the person at the most auspicious energy at the right time and direction, one can ultimately get the best results for their goals. It was recorded in the Chinese history that Qi Men Dun Jia, together with Da Liu Ren 大六壬 and Tai Yi Shen Shu 太乙神數 as the highest Three Arts or Three Styles (三式 sān shì) in Chinese Metaphysics. Based on very complex calculation of time and space, mapping of energy is presented in a chart consist of the following:

In Qi Men, there is 540 Yang Structure Chart and 540 Yin Structure chart, making it a total of 1080 Qi Men Dun Jia chart. Divination methods. There are many schools in QMDJ with different ways of charting. The most popular methods are Zhi Run Fa 置闰法 (Adding Extra Method) and Ca Bu Fa 拆补法 (Splitting and Supplementing Method). The Ju determination uses Zhi Lun 直润 (Imperial Qi Men). Zhi Lun method is arranging the 18 Ju to fit into 365.25 days in a year. In ancient time, we have problem fitting 64 hexagrams into 60 Jia Zi. The 5.625 divisions require extreme precise measurements. Such is the application of Zhi Lun plotting. The same 1080 Ju are usually used for both methods.

To analyse a Qi Men chart, it is based on the hour of analysis. Chinese metaphysics uses one Chinese hour equal to two western hours, thus example 7pm-859pm are using one Qi Men chart. The next Qi Men chart will change in the next 2 hours.

Qi Men focus on Yin and Yang structure with 9 types of Structure each. There is a total of 540 Yin Structure and 540 Yang Structure, making it a total of 1080 Ju (Structure).

In Bazi or Qi Men, the Day stem usually refers to one self or the "Host", the hour stem represents the "Guest" or current event. To do a proper Qi Men forecasting, we usually look at the Hour or Day Stem to analyse the outcome. There are various reference point known as Useful god that we can used to analyse the outcome in terms of competition, partnership, health condition, sales or business. There are Yearly Qi Men, Monthly Qi Men and Hourly Qi Men chart. Hourly Qi Men is used these days to accurately predict events.

Having Death & Emptiness or Void indicates reduction of energy or result effect is reduced.

The Lead Stem is acting like an army camp which is responsible for concealing the Jia Stem which is known as the Emperor, which will always be hidden in any of the nine Palaces.

The Chief Door location change with the Yin or Yang Structure Hour Pillar and is considered the Door in charge of the Hour Stem.

The Lead Star position is based on the position of the Chief Deity.

Season in Qi Men is divided into warm or cold largely due to Yang or Yin structure. It can be used to deduce the strength of the element. An element can gain strength or reduced strength depending on the season. The reading can differs due to the strength. 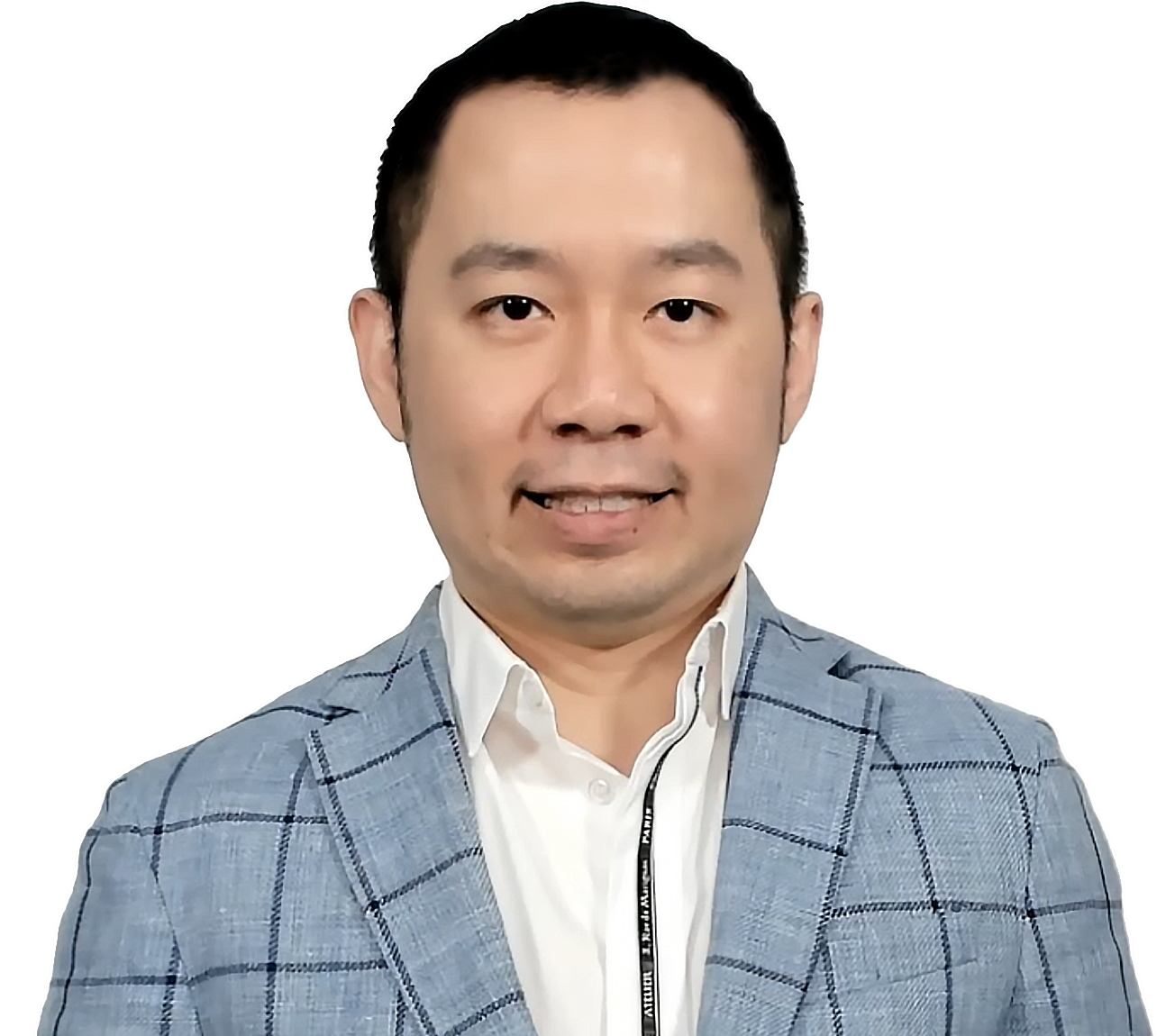 Headquartered in Singapore, Master Kevin Foong (馮維宸) is one of the most sought-after professional Feng Shui & Bazi consultant globally. He delivers keynote addresses on subject of Feng Shui and Entrepreneurship to more than 18 countries and speaks to more than one million people annually.

Master Kevin aims to transform a million lives through the discipline of Bazi & Feng Shui and believes every individual have a unique way to outperform their talents, strength through the path of least resistance at the fastest time possible.

At a young age, Kevin developed immense interest in Chinese Metaphysics, western astrology and numerology. He started to learn from various masters in Hong Kong, Taiwan, China, India, and Singapore. Having built a multi-million business at the age of 28, his success story comes from using Feng shui and understanding one’s destiny in life. Kevin continue to use this ancient science to help his clients. Kevin is famously known for his highly accurate Bazi reading that predict events, and help his clients to make important life decision on wealth, health and relationship as well as his Feng Shui techniques that sought to bring prosperity to his clients.

Kevin has 20 years of research in the following subject:

When does the course start and finish?
The course starts now and never ends! It is a completely self-paced online course - you decide when you start and when you finish.
How long do I have access to the course?
How does lifetime access sound? After enrolling, you have unlimited access to this course for as long as you like - across any and all devices you own.
off original price!

The coupon code you entered is expired or invalid, but the course is still available!